On Thursday 21 April, a celebration took place as major accelerator components had been transported by F4E to the Rokkasho Fusion Centre allowing the start of second phase in the commissioning of LIPAc. This is another major milestone on road of success for the IFMIF/EVEDA Project. Already in 2013, the engineering design activities were successfully accomplished on schedule. By 2015, the Target and Test facility validation activities were fully completed, with the exception of the on-going corrosion/erosion tests in the lithium loop constructed in Brasimone by ENEA. This facility is now providing important results to quantify the corrosion/erosion rates of fusion reactor steel grades in contact with a high speed flow of liquid lithium.

The LIPAc is under installation and commissioning in Rokkasho. Its key systems are designed and manufactured mainly by CEA, CIEMAT and INFN integrating also some important components contributed by SCK-CEN (see Figure above for a breakdown of the contributions). The LIPAc is designated to operate in unprecedented beam conditions at the cutting edge of present days’ accelerators technologies. During the previous meeting of Broader Approach Steering Committee (BASC-17), hosted on 11 December 2015 by RFX, an extension of the LIPAc validation period until December 2019 was approved. The deuteron source (Injector) developed by CEA has demonstrated that the beam characteristics are achievable in a parameter field never reached before (100 kA and 140 mA deuteron beam). An operational point with protons to be used as beam input to the ensuing accelerator stage, the Radio Frequency Quadrupole (RFQ) developed by INFN, has been determined. Additional commissioning of the Injector towards the mandated operation mode in Continuous Wave, i.e. 100% duty cycle of the beam, will take place during 2016 interleaved with the preparation activities for beam commissioning with the RFQ. The RFQ now under installation at Rokkasho is the longest one ever constructed. Today 6 out of 8 RF power chains developed by CIEMAT are already installed, which are to deliver 200 kW each to operate the RFQ. The last two chains are to arrive before the summer. 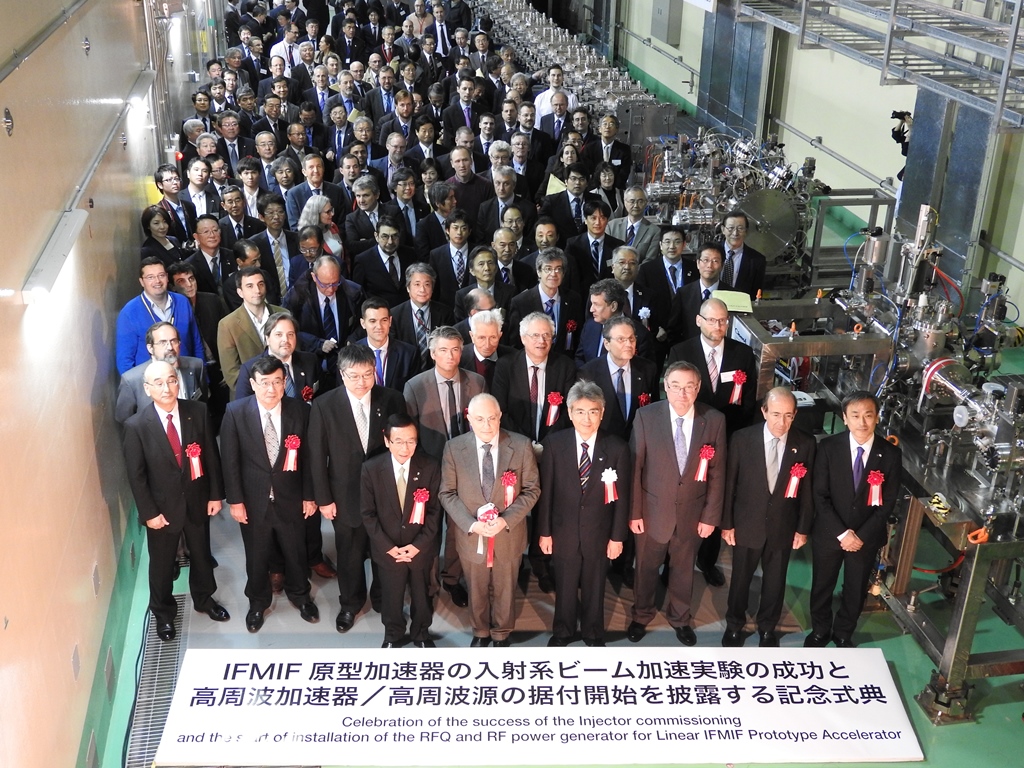 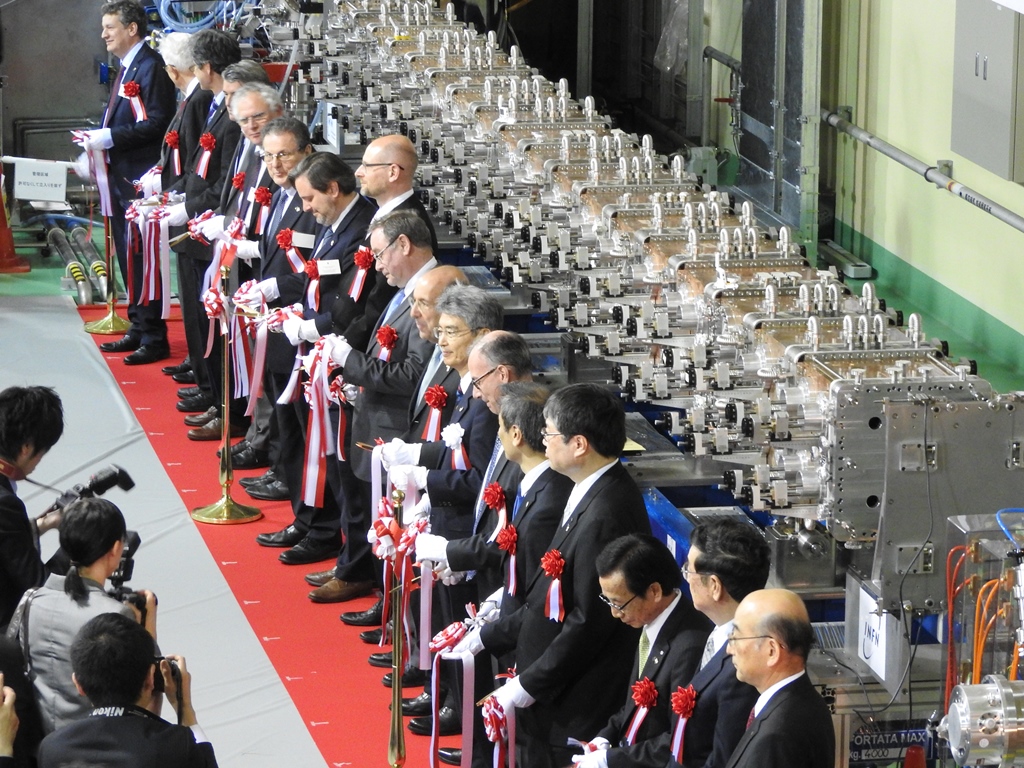 The celebration of the success of the Injector commissioning and the start of installation of the RFQ and the RF power generator for the Linear IFMIF Prototype Accelerator enjoyed utmost interest among European and Japanese partners. The celebration received the participation of representation from the European Delegation in Japan and the Embassies of all the six European countries that have been involved in the IFMIF/EVEDA project. Among the European guests were the Ambassador of Spain to Japan, Gonzalo de Benito; the Director of Nuclear Energy, Safety and ITER of the DG Energy in the European Commission, Massimo Garribba; the Chairman of the Governing Board of F4E, Joaquin Sanchez; the Chairman of CEA, Daniel Verwaerde, the member of the Executive Board of INFN, Eugenio Nappi; the Directors of INFN Legnaro, Giovanni Fiorentini, and of INFN Torino, Amedeo Staiano; Angel Ibarra from CIEMAT. Among the Japanese guests were the Governor of Aomori Prefecture, Shingo Mimura; the President of QST, Toshio Hirano; the President of JAEA (to which the Japanese Fusion programme belong to until 31 March 2016), Toshio Kodama; the Deputy Director General of Research and Development Bureau at MEXT; Shuichiro Itakura. 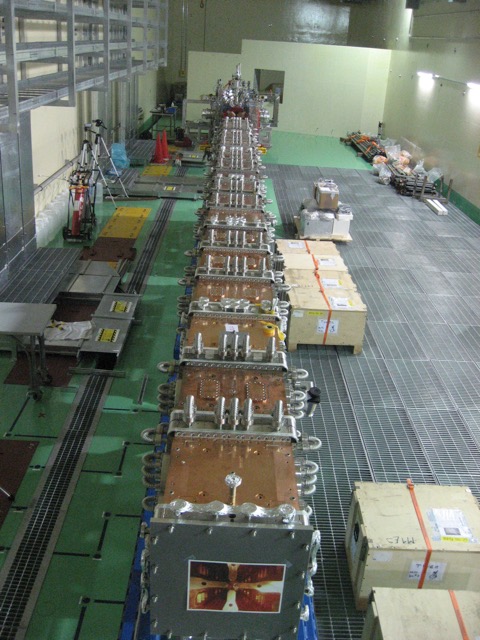 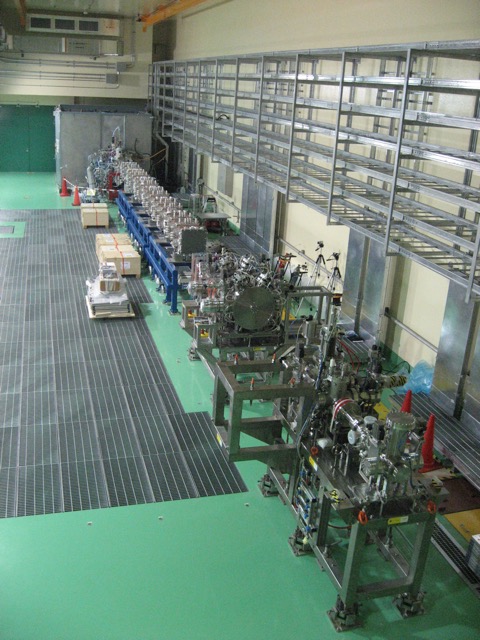