The HFTM is built from a thin walled container divided into eight compartments, into which three rigs can be placed in each (for a total of 24 rigs). The central four compartments (360 cm³ for specimens) are inside the beam footprint where neutron flux levels are suitable for high quality irradiation experiments. The remaining four out-of-centre compartments are also filled with rigs. The function of these so called companion rigs is mainly to act as lateral neutron reflectors, but also to accommodate instrumentation, like fission chambers for online flux monitoring. In the two compartments located at the lateral ends most distant from the source, the neutron flux amounts to only about 10% of the central positions, but flux gradients are low, and can thus be attractive as additional irradiation space. 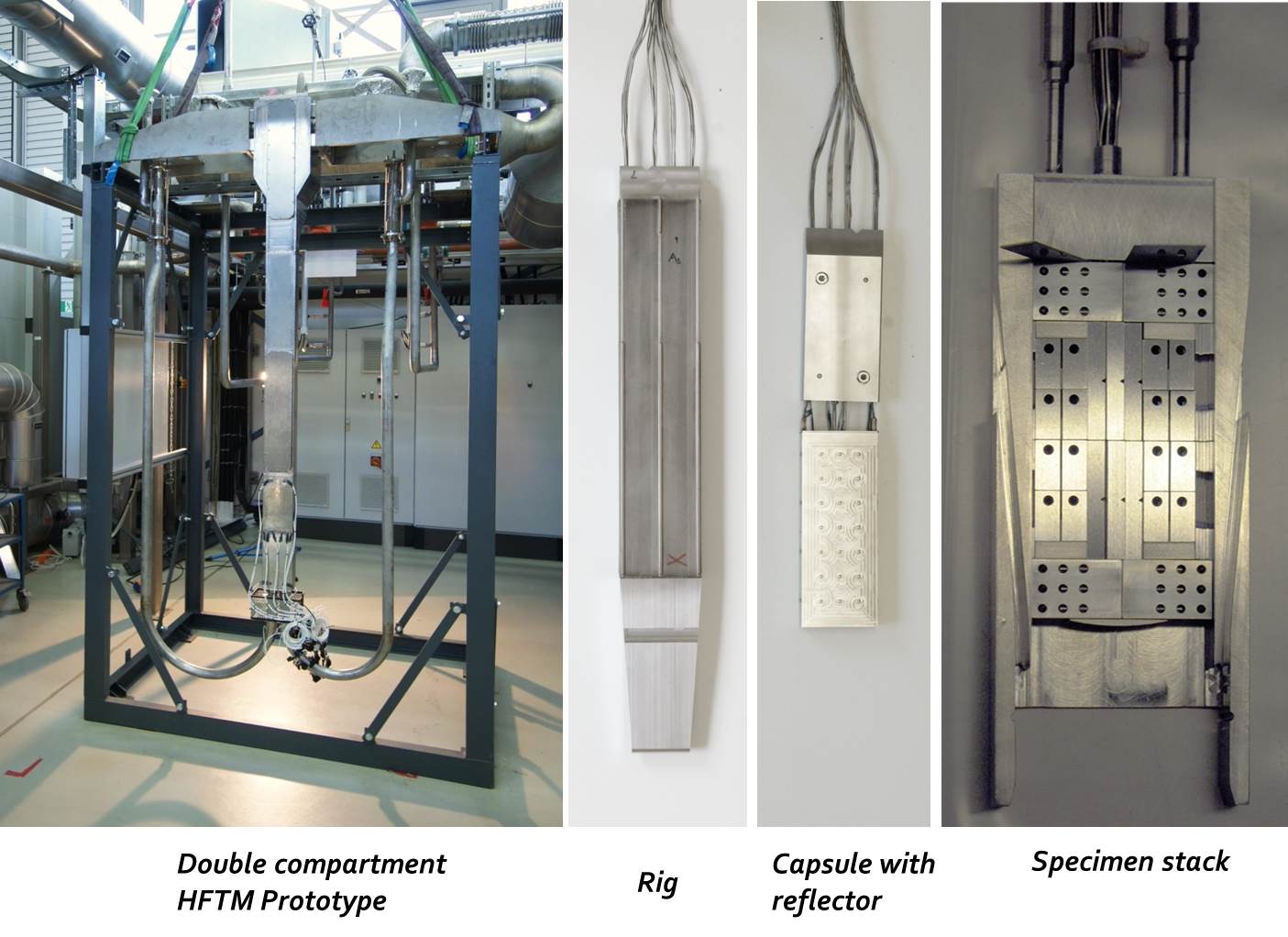 The capsules will be tested under irradiation conditions realized in the Belgian BR2 research reactor. This irradiation will provide nuclear heating of approximately 3 W/g as in the HFTM, but obviously considerably lower total doses than anticipated for IFMIF end-of-life can be accumulated in this campaign. Main objectives are the test of the heaters and the capsule temperature control, but also the recovery of the specimens after irradiation under hot cell conditions. Such experience will be most valuable for the planning of the IFMIF hot cells and related logistics and workflow optimization.

The last step of validation consists of the testing of a 1:1 prototype HFTM installed in the HELOKA-LP helium loop facility at KIT, operated under IFMIF design operation conditions, in what regards mass flow (up to 0.120 kg/s), gas pressure (0.3 MPa) gas temperature and electrical heating of the capsules. The test objectives include the verification of the temperature control strategy, assessment of flow induced dynamic loads on the rigs, the attachment structure and the helium pipes, and the definition of operational modes (startup/shutdown, emergency stops, cooldown transients etc.).