The Broader Approach Agreement between the EU and Japan supports the ITER project and the realization of fusion as a clean and sustainable source of energy for peaceful purposes.

The working site for IFMIF/EVEDA and IFERC is Rokkasho (Japan), the site of the Satellite Tokamak Programme is Naka (Japan).

The Broader Approach is now in its eighth year and has become a model for effective international scientific collaboration, strengthening cooperation between the EU and Japan in delivering fusion as an energy source for the future.

Today (21 April 2015) representatives of the EU and Japan met at Naka Fusion Institute (Naka, Japan) for the 16th meeting of the Broader Approach Steering Committee and approved the 2014 Annual Reports and updates of the Project Plans for the three projects. 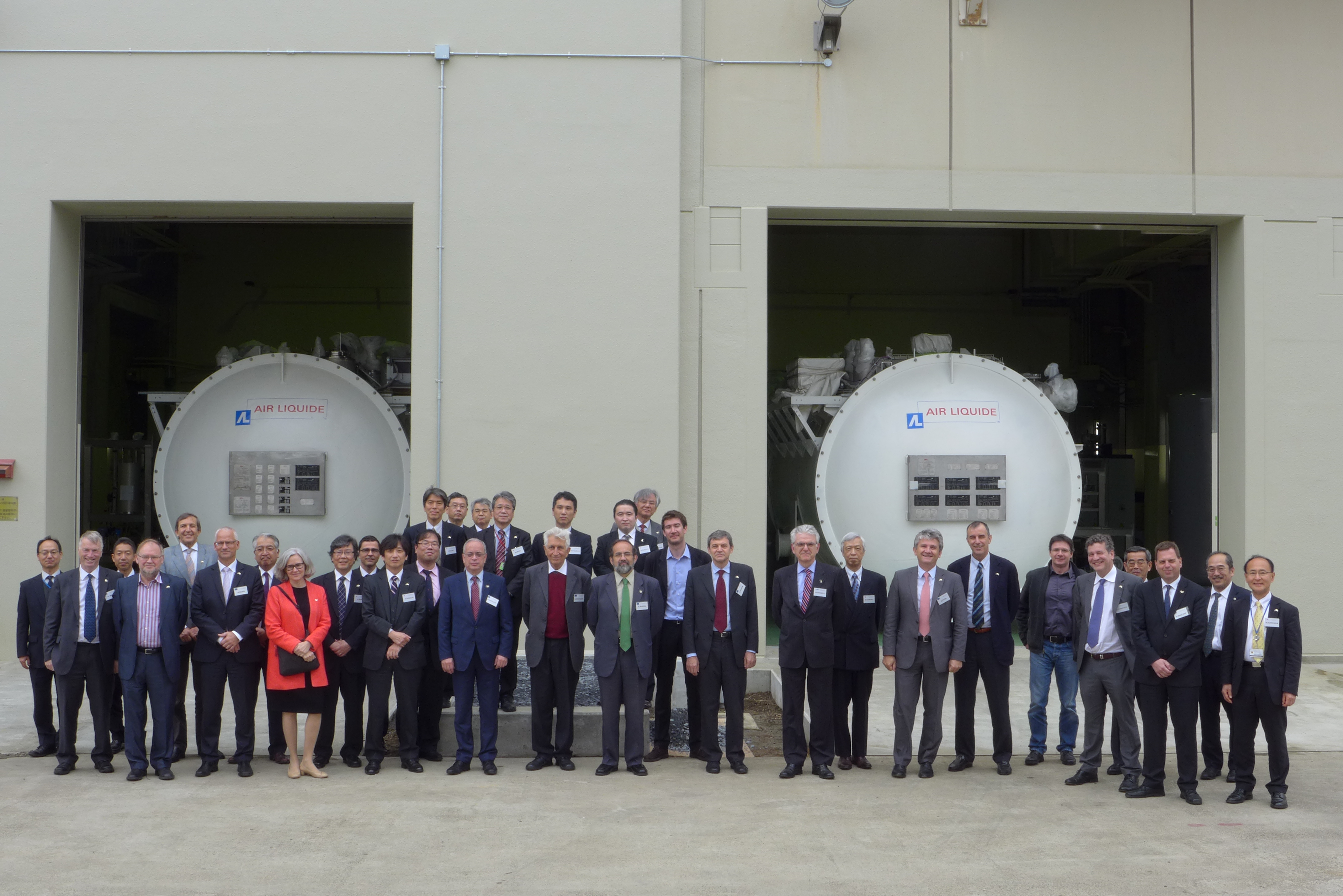 The initial beam test of the injector of the Linear IFMIF Prototype Accelerator in Rokkasho began producing scientific results in November 2014. The EVEDA Lithium Test Loop in Oarai has successfully demonstrated stable lithium flow for IFMIF operating conditions and has now completed its mission. The Test Facility Validation activities have been successfully accomplished.

The Helios supercomputing system (Roku-chan) has been in routine use since 2012 by researchers from the EU and JA resulting in many high-quality scientific papers. The Intermediate Report on DEMO Design has been complied focusing on a technical perspective of DEMO on the basis of evaluation and assessment of critical design issues. The DEMO R&D project has studied the compatibility of SiC and SiCf/SiC composites with liquid Pb-Li alloy. The results have been added to the database for the study of the liquid blanket.

The main components manufactured in Europe – the Quench Protection Circuit, the High Temperature Superconducting Current Leads and the Cryoplant for the superconducting magnet, have now been delivered and are being installed. Nine of the ten Vacuum Vessel sections are already sitting on the base and the welding of the sections is progressing well.

These remarkable achievements were celebrated by a ceremony on 20th April attended by dignitaries from Japan and the EU which included representatives of the European Commission, France, Germany, Italy and Spain.

The Steering Committee expressed appreciation for the great efforts of the Aomori Prefecture and Rokkasho Village in producing high quality living and educational support for the EU researchers and their families in Rokkasho.

The 17th Broader Approach Steering Committee meeting will be held in Italy on 11 December 2015.