We are proud to announce that the first components of the LIPAc’s RF Power System have arrived at Rokkasho site.

After a long sea travel from Spain, three containers reached Hachinohe port on 28th August. Devanning at the port and transportation from Hachinohe to Rokkasho took three days starting from 31st August. 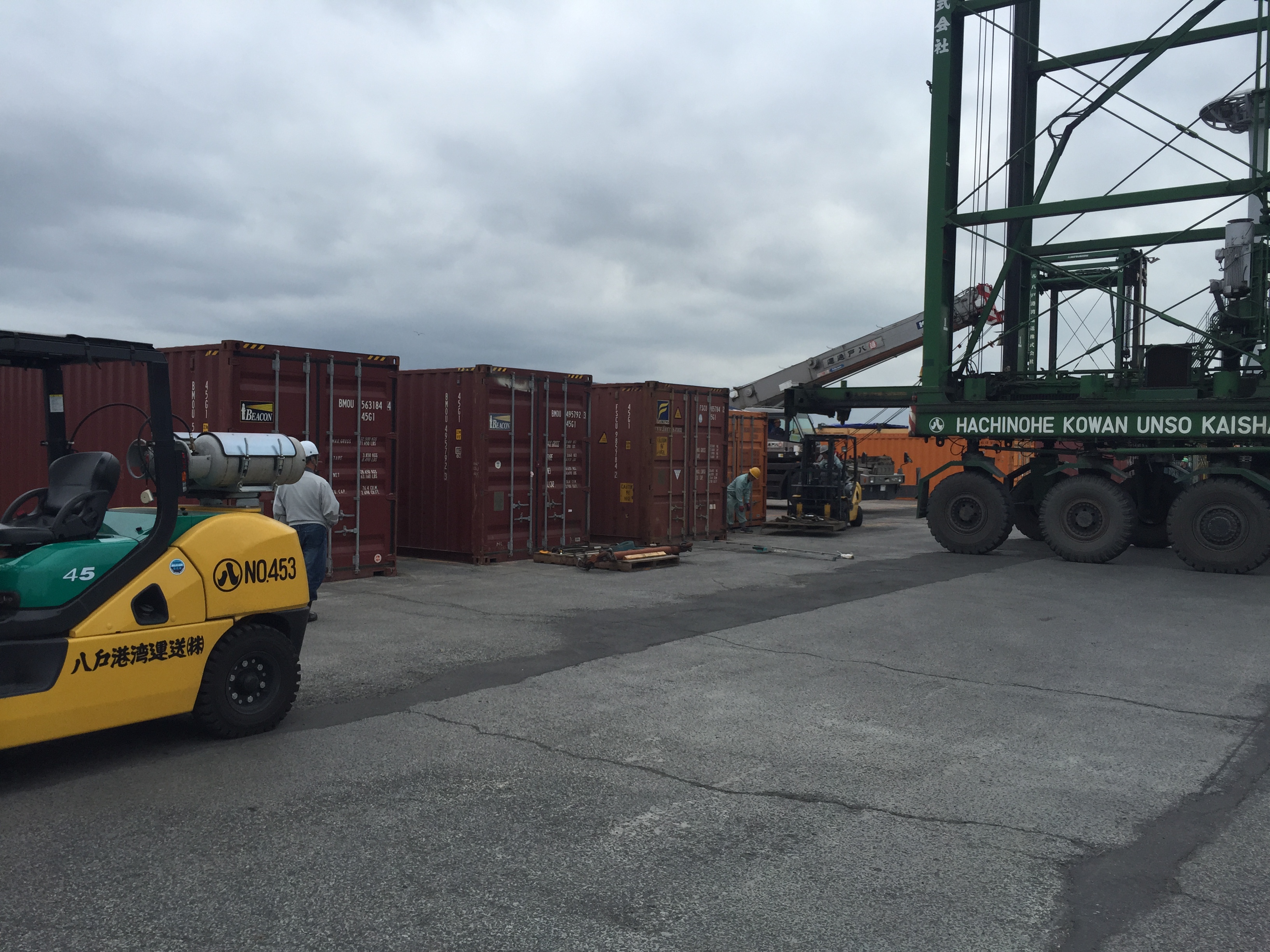 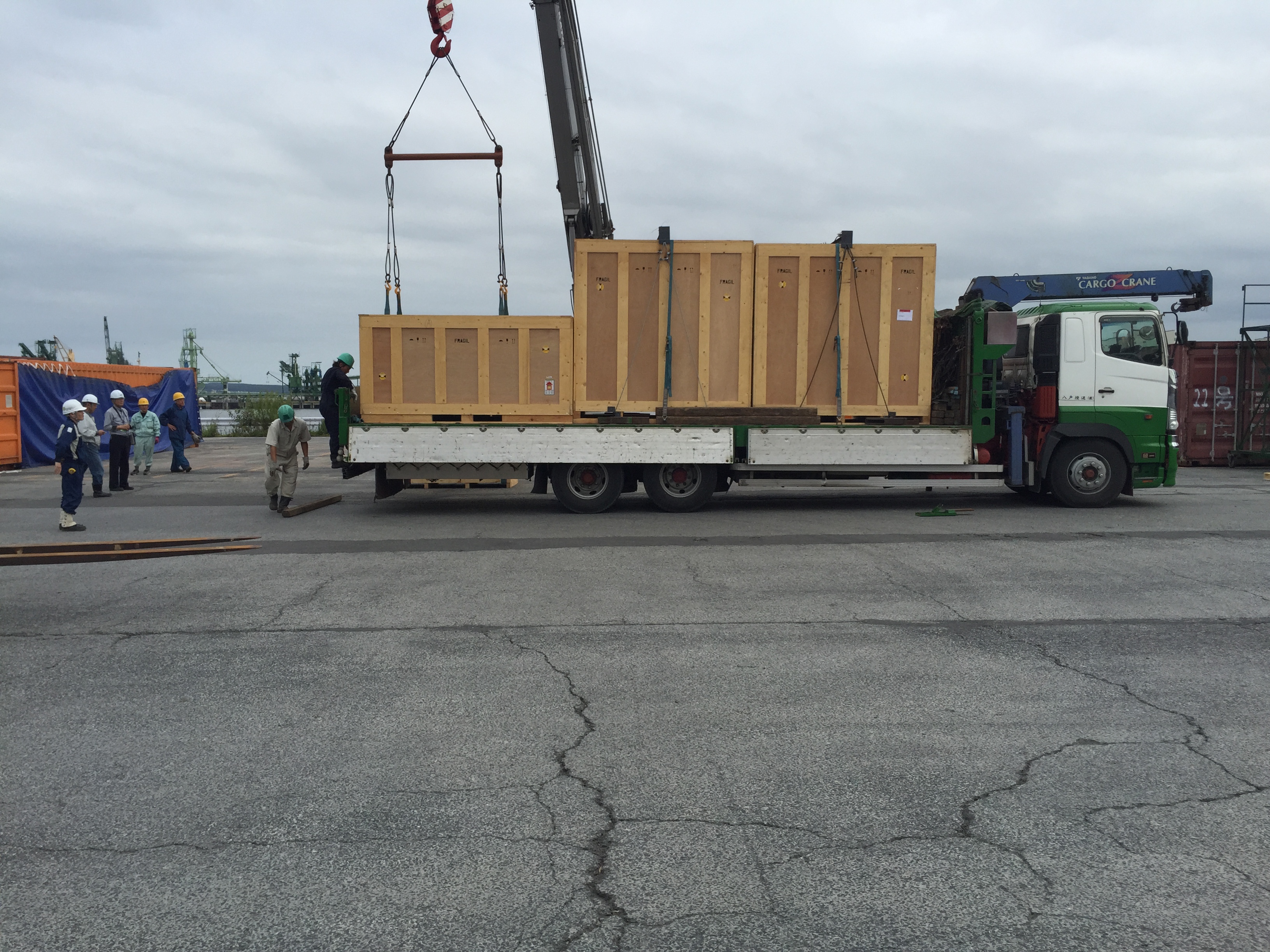 Containers at Hachinohe Port (left); and truck loaded and ready to depart to Rokkasho (right)

From 2nd to 4th September, NKK Company opened all the wooden crates and started the installation of the components, which is expected to be completed by the end of the month. 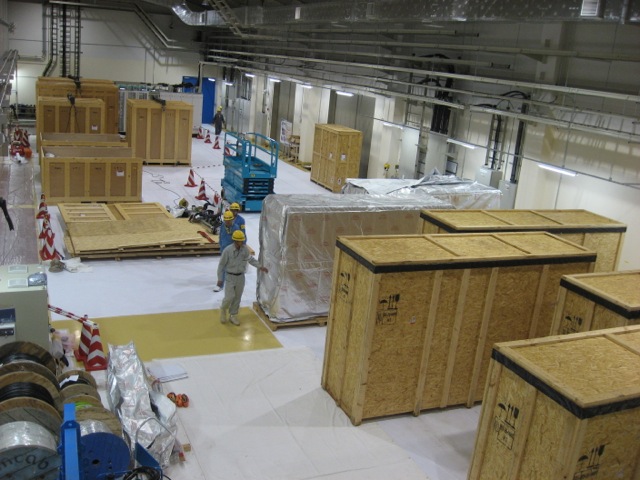 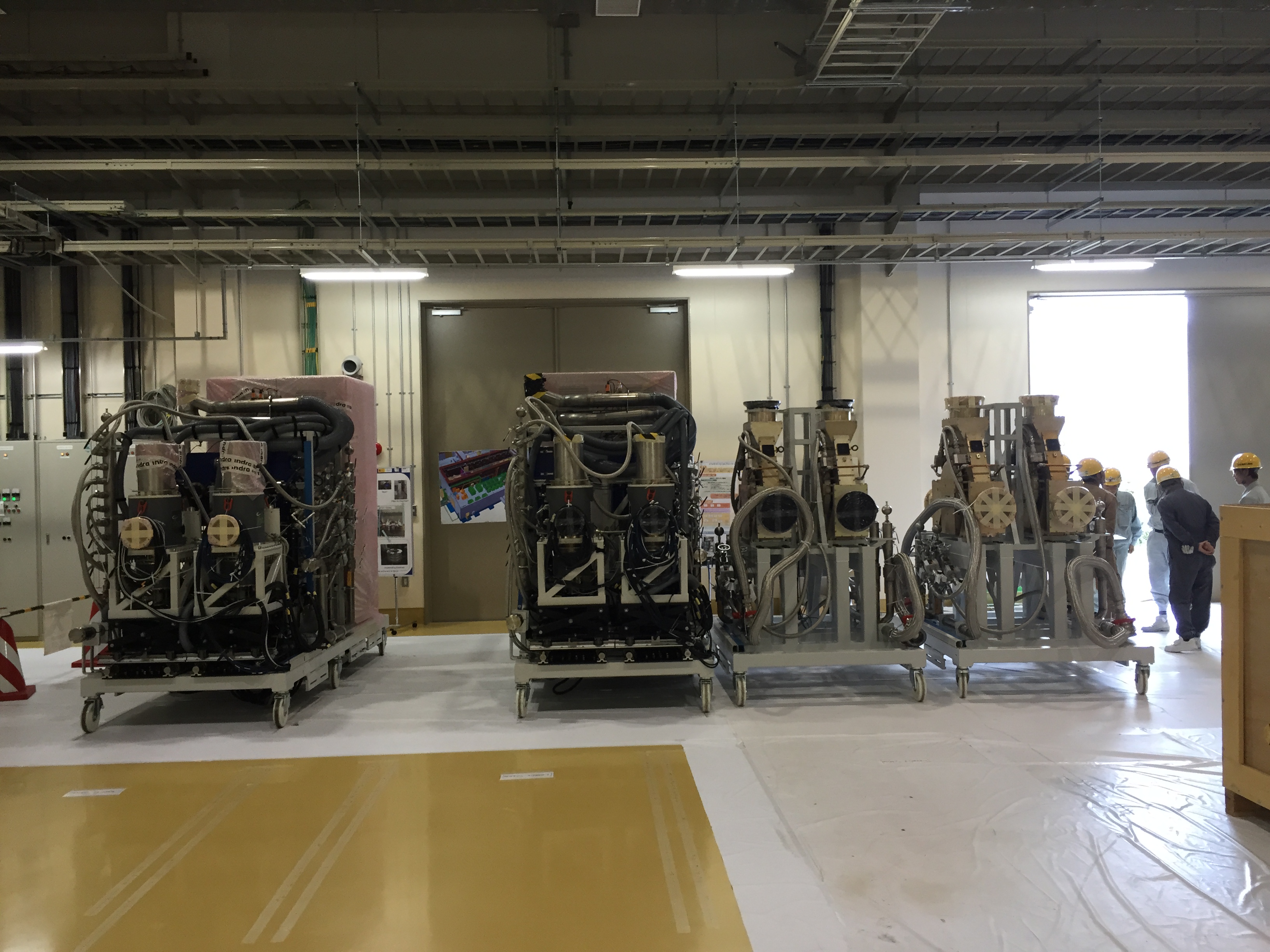